Deep learning is part of a wider family of machine learning methods based on artificial neural networks. Deep learning can be used in a variety of fields, such as  speech recognition, natural language processing (NLP), audio recognition, social network filtering, machine translation, bioinformatics, drug design, medical image analysis, material inspection and board game programs. If you’re interested in deep learning, and wonder what laptop to get deep learning, we have compiled this guide just for you.  This is not an in depth guide, but it should give you an idea what to consider. We have also selected some of the best laptops for deep learning you can choose from.

Laptop or Desktop for Deep learning?

Often, users assemble the computers used for operating deep learning systems themselves. It can be a time and money consuming process. Yet, there is an easier way of efficiently running the machine learning method based on artificial neural networks. This can save you effort and funds if done well.

Laptops are now the leaders of the market as they offer the same capacities as self-assembled PCs. Many users may mistakenly assume that the most powerful, thus, the most expensive latest models are the most suitable ones. Meanwhile, the hardware itself does not have to cost like a new car. There are a few basic criteria needed to know before picking up a laptop to run deep learning on.

Another option that’s available if you don’t want to invest in a high performance system, is to use a cloud solution, such as google cloud for deep learning. But keep in mind that it comes with a monthly cost!

What to consider when buying a laptop for Deep learning?

The heart of any deep learning system is the GPU. It is recommended to get an Nvidia card to be able to use Cuda cores. Also choose an RTX or a GTX card. GTX cards are preferable to use with 32-bit models. RTX is exceptionally good with 16-bit models and requires half the memory used in 32-bit models on GTX. The memory storage may vary depending on the user’s needs. In the case of RTX cards, most deep learning systems will work fine with 8-11 GB. For starters, or those who have a limited budget, you shouldn’t go anything below a GTX 1060.

The second criterion is RAM, which size directly depends on the used GPU. It should be at least the size of the largest GPU, so, for most systems, 16 GB would be enough.

Thirdly, CPU is something to consider when buying a laptop for Deep learning. The most common mistake is buying the most powerful CPUs, thinking it would give a speed advantage. It is not always true and depends on the number of GPUs used, which, in turn, depends on the motherboard’s configurations. In general, one GPU requires two threads that correspond to one core. If the user intends to use not more than four GPUs, there is no need to seek the latest and most powerful CPUs.

The hardware that actually causes issues are the hard drive and cooling system. It is highly recommended to choose dual-channel systems – HDD drives with large memory capacities and smaller SSD drives. It would give the user the needed storage to save datasets and speed to operate the system. The cooling system is also the thing you should not get cheap on, as high temperatures may cause up to 30% effectiveness loss.

So, now that you have an idea what to consider when getting a laptop for Deep learning, let’s check out some of the best laptops for deep learning we selected for you!

The first laptop is Acer Predator Helios 300 PH315-52-78VL. Having a promising name, this laptop was designed primarily for gaming. It comes with a 15.6 inches Full HD IPS display and 6 GB NVIDIA GeForce GTX 1660 Ti graphics card. With 4.5 GHz 16 GB Intel Core i7 CPU and 256GB SSD drive, it seems a good option for 32-bit deep learning models. It is also reasonably priced for what’s under the hood.

The laptop has an LCD screen with a maximum resolution of 1920×1080, a refresh rate of 144 Hz, and LED backlight technology. It also has 3720 mAh Lithium-Ion battery  HDMI, three USB, and RJ-45 Ethernet ports. What makes it unique is the 4th generation AeroBlade 3D cooling system. The new system is announced to be 35% more effective and 26% less loud than its competitors. 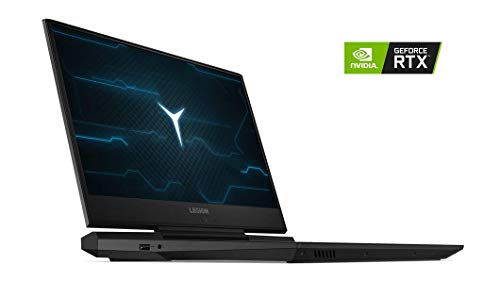 The second chosen laptop is Lenovo Legion Y545 with roughly the same screen parameters and integrated NVIDIA GeForce GTX 1660 Ti. It weighs about half of a pound more than the previous model and is a bit thicker. The laptop runs on the 9th generation Intel Core i7 processor of the same 6 GB capacity.

The biggest advantage over Acer’s Predator is the dual-storage system. It has 1TB HDD and 1 TB SSD hard drives and two times bigger 32 GB RAM. As it was discussed before, dual-channel storage systems are preferable over a single SSD hard drives. HDD drive is used to store datasets used in the process. At the same time, the Lenovo laptop lacks a good cooling system. It can cause heating up to approximately 59 degrees Celsius. Thus, the laptop requires extra hardware to run deep learning processes effectively. 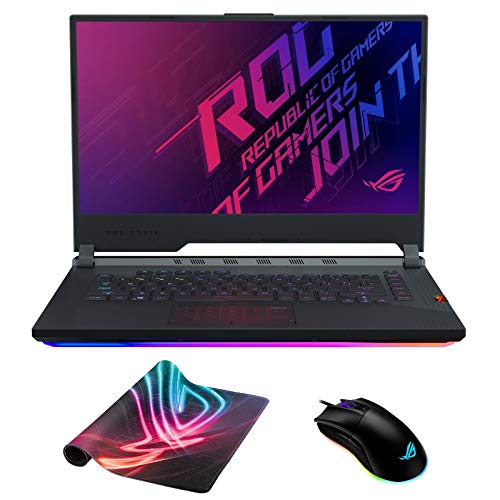 Two times as expensive as the first laptop on the list, ASUS ROG Strix Scar III G531GW-KB71 is yet one of the best models for deep learning. If you look at the Amazon listing, you will see that it comes in a few configurations. Based on the criteria and price, it would be recommended to choose the one with 512 GB SSD and 2 TB SSHD dual-storage.

It has 15.6 inches IPS Full HD display with a higher refresh rate of 240 Hz, 2.6 GHz Intel Core i7 processor, and 32 GB RAM. Besides that, the other significant difference is the 8 GB NVIDIA RTX 2070 graphic card. It makes it perfect for most research and startups deep learning systems. It also has an outstanding cooling system with dual n-Blade fans and a self-cleaning thermal module with 3D Flow Zone.

Like the two previous ones, the laptop has three USB 3.1, USB Gen 2 Type-C, HDMI, and RJ-45 Ethernet ports.

The MSI GS65 Stealth-667 has made a step higher than the laptops discussed before with the 9th generation 4.8 GHz Intel Core i9-9880h processor. It has integrated 32 GB NVIDIA GeForce RTX2080 and 1 TB SSD hard drive, which gives it an advantage as well.

The display parameters are pretty much the same as of the ASUS’s ROG Strix Scar III. At the same time, it is one of the lightest laptops on the list with a weight of 4.19 lbs. Unlike the other three, the laptop has the Thunderbolt 3 interface that substitutes traditional ports. Yet, what gives it superiority is the innovative 3 fans, 4 exhausts, 7 pipes cooling system. It keeps the whole system on the effective temperature level, despite its large capacities. 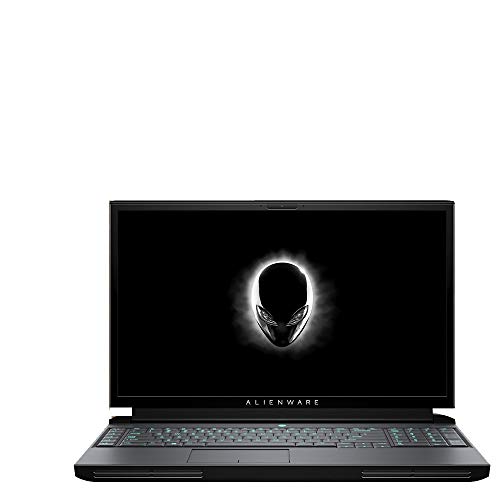 The Dell Alienware Area 51M is one of the most original looking gaming laptops ever, and while it’s a little heavy and bigger than the previous ones, it’s an excellent choice for deep learning. It comes with an 9th gen i9-9900K processor,32GB of RAM, 2X256GB SSD and a TB SSHD , and a dedicated Nvidia geforce RTX 2080.  Thanks to a desktop-class processor and full-power mobile GPU, the Area 51M is one of the most powerful laptops out there.

This laptop is built to last, it actually feels more like a portable desktop, than a laptop. There is also a wide amount of ports, including USB C and thunderbolt 3, 3 USB ports, a mini display port, HDMI, and Ethernet. However, you should note that this laptop requires two large power adapters!