A few years ago, there weren’t any laptops with OLED display out there; but that’s no longer the case. And even if Laptops with OLED and AMOLED displays can still be considered a “niche”, the truth is many manufacturers are starting to include this type of displays.

In this article, we will first try to answer some of the questions you might have about OLED displays, and also share some of the advantages, and drawbacks of OLED screens. And As always, we have compiled a list of OLED Laptops just for you, and we will keep this list as up to date as possible!

What are OLED Displays?

This organic layer is typically put between two electrodes. OLEDs are used to make digital displays in devices such as laptops, mobile phones, television, gaming consoles, etc. OLEDs can be divided into two types:

Are there any advantages of getting a laptop with OLED Display?

There are quite a few advantages of OLED Screens:

However, there are some disadvantages as well:

What’s the Difference Between OLED and AMOLED Displays?

AMOLED stand for ” Active Matrix Light Emitting Diode”,  and an AMOLED screen consists of a thin film transistor (TFT) over the OLED display, which gives it better use in larger displays. In a way, AMOLED displays are a sub-type of OLED. AMOLED is a far better technology than OLED, and that may explain why some manufacturers like Samsung have adopted it for many of their products.

Some of the advantages of AMOLED Displays:

AMOLED also has some limitations such as:

We will now go over some differences between the OLED and AMOLED and see the comparison.

So, this was just a brief comparison of the two technologies. Both have their strengths and weaknesses, but overall, both are quite a good solution.

If you were to choose between the two, you would have to take into consideration your requirements and customize according to that.

Who Should Buy an OLED Laptop?

OLED Displays combine superior picture quality and faster refresh rates, this makes OLED laptops and excellent option for gamers. They can also suit anyone who needs a vibrant display, such as photographers or content creators, although some OLED displays still don’t offer %100 Adobe RGB, most of them do a very good job.

So, now that you have an idea about OLED displays and their advantages; let’s check out some of the best laptops with OLED display available right now. If you have another OLED Laptop that you would like to add to the list; talk to us in the comments below!

The Dell XPS 15 7590 it is one of the thinnest yet fastest laptops on the market. This version features a 9th generation Intel Core i7 with 6 cores up to 4.6 GHz in turbo mode and it is probably the most powerful laptop from the XPS series.Additionally, it supports up to 16 GB RAM, and it comes with a 256 GB SSD. The GPU is an NVIDIA GeForce GTX 1650 with 4 GB of video RAM.

If you’re looking for a premium laptop with an OLED display, look no further. With an Ultra 4k (3840 x 2160) resolution, the XPS 15 offers amazing visuals and significantly higher contrast as well. 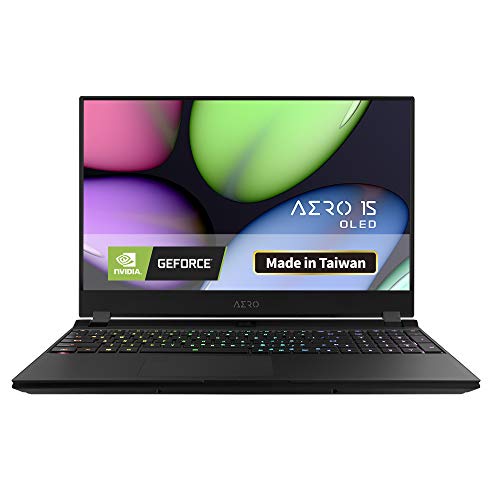 Gigabyte is one of those manufacturers that slips under the radar a lot, but  when it comes to gaming laptops, it is quite a good brand, especially if you are on a tighter budget and want the best you can get for your money.

The graphics card is NVIDIA GeForce GTX 1660 with 6 GB of video RAM, along with the 15.6″ 0.11 inch ultra-thin bezel Samsung UHD 3840×2160 AMOLED display. This lapotp is an excellent option for video of photo editing, and its display is actually Pantone Certified for color calibration.

The AERO 15 AERO also has some cool features such as RGB Fusion 2.0 backlit programmable keyboard. 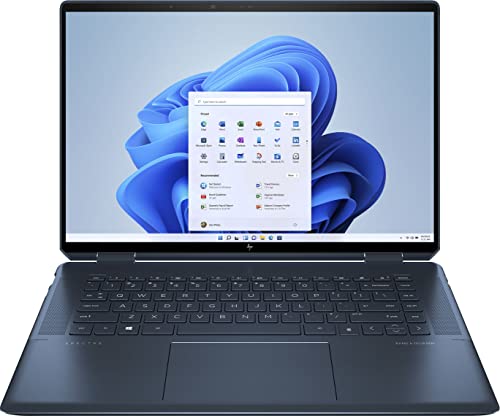 The HP Spectre X360 is powered by an 8th generation Intel Core i7-8565U processor which goes up to 4.6 GHz when you engage the turbo mode. It comes with 8 MB cache and 4 cores.

Graphics card is NVIDIA GeForce MX150 with 2 GB of dedicated video ram. But the laptop has 15.6″ 4K IPS BrightView micro-edge AMOLED-backlit display with rich color schemes which will surely make up for the lower video memory.

In addition to that, the laptop comes with a 16 GB DDR4 RAM and a 1TB PCIe NVMe SSD, which is flash-based and it has much faster loading and data access times.

There are also some nice features such as the backlit keyboard, fingerprint reader for increased security and a Notebook pen as well! 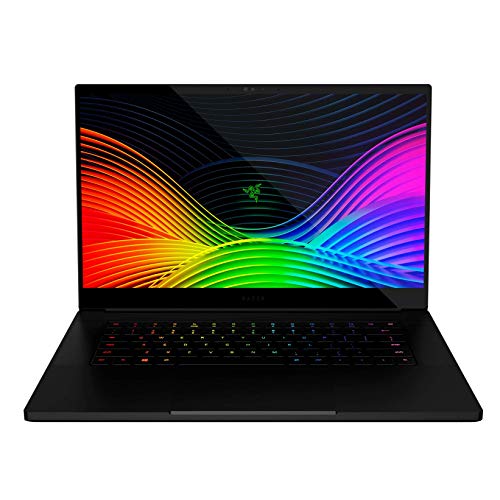 The Razer blade 15 is not only one of the best looking gaming laptops out there, but it’s also one of the most powerful. The version featured here is powered by a 9th generation Intel Core i7 9560H 6 core processor, that goes up to 4.5 GHz in turbo mode. There is also 16GB if RAM, and a 512GB SSD. Graphics card is NVIDIA Geforce 2080 with 8 GB of dedicated video RAM.

This  laptop is a perfect choice for gaming, and also for working with GPU intensive programs, such as video editing or content creation. It has many different port combinations that can be customized to match user preferences. It also has a signature Razer custom lightning keyboard and vapor cooling chamber.

And last, but not the least, it has a 100% RGB, factory-calibrated OLED touch screen with a 60Hz refresh rate that offers an immense experience for both work and gaming sessions. 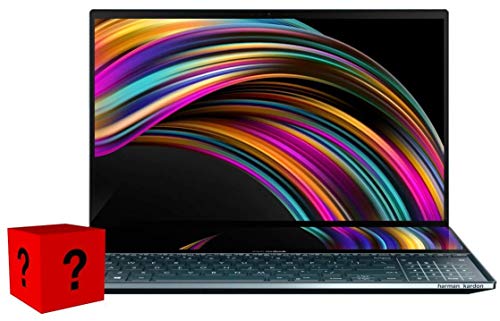 Zenbook PRO Duo is one of the Asus’ most powerful models at the moment, and also one of its most original designs, with it dual display.

The upper primary screen is 15.6″ 4K UHD OLED touchscreen, while the secondary screen is a full-width 14″ 4K touchscreen as well. It gives you endless possibilities when it comes to personalizing your user experience. It also has a few built-in apps that help control the second screen options.

This laptop is operating via the 9th generation Intel Core i9 processor, with 16 MB cache and eight cores that run up to 5 GHz!

Apart from many amazing features and endless possibilities, the laptop also possessed an integrated LED-backlit numeric keypad on the touchpad to the right of the keyboard. 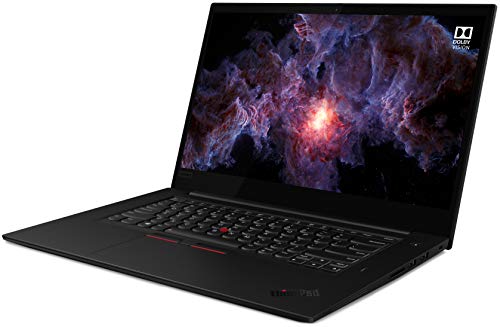 If you like the specs on the previous laptop, but don’t want the dual screens, here is the ThinkPad X1 Extreme Gen 2. This is quite an expensive laptop, but there are a few reasons for that. It is powered by a 9th generation Intel Core i9 processor, with 8 cores that go up to 4.8 GHz. This is one of the latest and most powerful processors on the market.

The graphics card is NVIDIA GeForce GTX 1650 with 4 GB video RAM, and it has a 15.6″ UHD OLED multi-touch display.

It has many different ports for your secondary devices, and it also has a battery that can last up to 14 hours!

Another nice feature is the spill-resistant keyboard that also has backlit LED lighting. 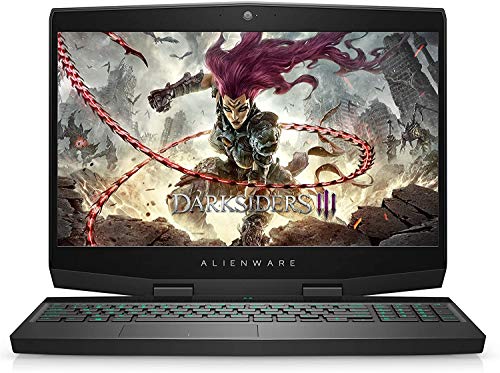 Alienware has always been an epitome when it comes to quality high-end gaming laptops. And the M15 is no difference!

It is powered by a 6 core 8th generation Intel i7 processor that goes up to 4.1 GHz.

Apart from many different ports, the laptop also possesses high-quality audio output with 2.0 speaker configuration that can be enhanced via Alienware Sound Center and Audio Recon software which is included with pre-installed Windows 10.

Another uncommon feature is the integrated Lithium-Ion 90 WHr 6-cell battery with a super-fast charger as well!

Michael K. Varnum - November 17, 2017 0
So you’re on a budget and looking for a great value laptop? Look no further, because we have done the research for you! Back a...