The Nvidia GeForce MX150 is a dedicated entry-level mobile graphics card for laptops. When it was launched with the first laptop that featured it back in late 2017, it came to replace the old GeForce 940MX, with the company claiming it was 25% more powerful than its predecessor overall. Nvidia also claimed it run 4x the power of integrated Intel HD graphics card that are baked in the laptop’s processor. The MX150 is a very popular graphics card for budget laptops, and also high end ultrabooks.

Are MX150 laptops any good?

While MX150 laptops can allow you to play at 60fps and FullHD resolution a few famous titles, such as LoL, CS:GO, Dota 2 and World of Tanks, don’t expect any miracles for the latest titles or any demanding AAA games. So, you’ve been warned; the MX150 is not a high-end GPU for the power user.

Although if you’re looking for a laptop with something more than an integrated Intel HD GPU, that is notably not an option to consider for the casual gamer or photo editor, going for a laptop that features an Nvidia GeForce MX150 might be your best choice if you’re on a relatively tight budget.

Along with its affordable price, the MX150 comes with a dedicated Nvidia GeForce Experience software, that’ll do the hard work for you to decide which graphic settings you’ll be running at on a set of supported games. While it’s not designed to fluidly run the latest and more GPU demanding AAA games, with the MX150 you’ll still be technically able to play some of your favorite titles if you dial down your settings low to mid and lower the resolution as well.

Compared to the last-generation of Intel UHD 620 integrated graphics card, the Nvidia GeForce MX150 will also enhance your photo and video editing experience to a decent level, running some modeling and designing software like SketchUp and Adobe Photoshop pretty smoothly.

There are currently two variants of the Nvidia GeForce MX150 available: a “normal” one, the N17S-G1-A1, and a more power efficient one, the N17S-LG-A1, which is designed for thinner, light weight laptops. The power efficient variant has a slightly lower performance than the normal one, due to its 32% lower boost clock, so you might want to check that spec out before purchasing your new laptop.

Released in early 2019, the Nvidia Geforce MX250 is based on the same Pascal GP108 chip as the MX150; and the only difference between the two cards is the clock speed. The new MX 250 brings a few improvements over the MX150, benchmarks have shown that the gap between the two card is only about 5% gain in performance, which shouldn’t be noticeable in real world use. Here is a good in depth article about the MX250 and how it compare to the MX150.

Now that you have an idea about the capabilities of the Nvidia GeForce MX150,  here are 5 of the best laptops with MX150 that we’ve reviewed for you. We will be adding more MX150 laptops soon! 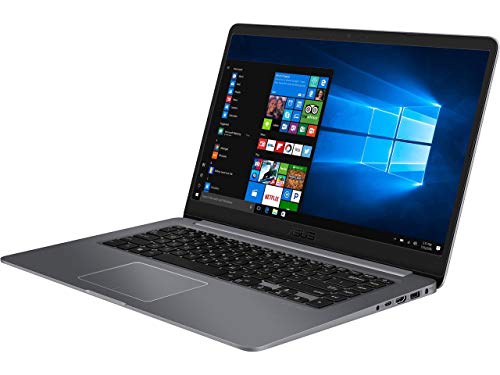 First on our MX150 Laptops’ list, the Asus Vivobook S510UN-MS52 is a great all-purpose budget laptop, packed up with a few notable goodies considering its affordable price. The Vivobook S510UN  is a great option if you’re looking for a mid-range gaming laptop. TThis laptop is equipped with an 8th generation i5  processor, 8GB of RAM, a 256 solid state drive and of course a dedicated Nvidia GeForce MX150.

The S510UN  offers a consistent performance and stays very responsive thanks to the included SSD, and the fast RAM. And it’s also very thin and lightweight, 0.70″ Thin. There’s also a wide variety of ports, including a USB-C, Three USB ports, and HDMI.

The Asus VivoBook S S410UN-NS74 is a good-looking, thin and light 14” laptop, being a great choice for those who wish to run a few less demanding games and editing software while traveling on a daily basis. With its budget price being a little higher, the VivoBook S offers a design on the point while being packed with an Intel Core i7-8550U processor, 8GB of RAM and a 256 solid state drive, with a dedicated Nvidia GeForce MX150 GPU.

The Asus VivoBook S is a portable and overall efficient laptop, weighting only 3.2lbs and 0.7” thick when closed. It comes with a NanoEdge Display for higher screen to body ratio and great viewing angles, and SonicMaster for great audio performance.

The VivoBook S lasts about 7 to 8 hours of battery life. It also comes with slots for an additional stick of RAM and a second SSD as well, that might render it an all-powerful machine. 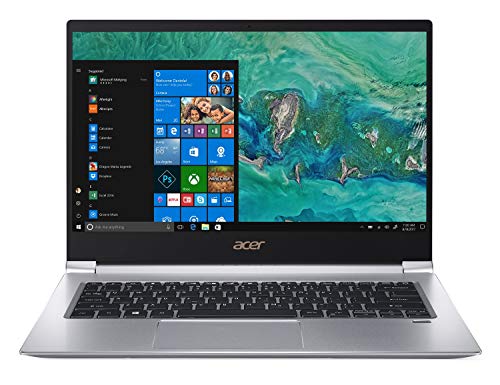 The Acer Swift 3 is a light weight and powerful laptop, coming with an USB Type C port, two USB 3.0 ports and a USB 2.0 port. It also features a fingerprint reader and backlit keyboard.

The Swift 3 offers up to 12 hours of battery life, which is one of the best in its category.This laptop can suits many users, including students, professional users, as well as for home use. 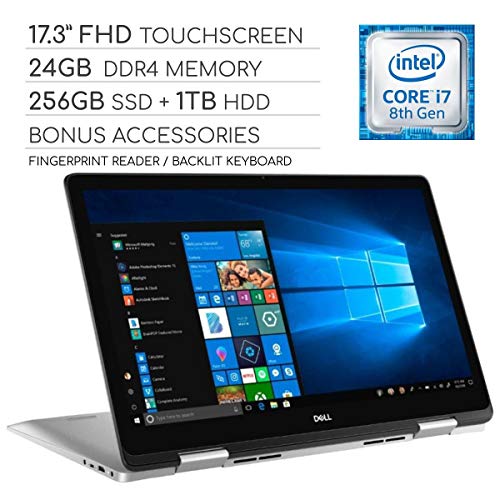 For those of you looking for a versatile multimedia laptop, the Dell Inspiron 7786 is a great 2 in 1 laptop that can suit a wide variety of users. It comes with an Intel Core i7-8565U processor, 16GB of RAM, a 256GB SSD and a 1TB HDD, and of course a dedicated Nvidia MX150 graphics card.

The Dell Inspiron 7586 is very versatile: it comes with a huge 17,3 inch  touch display, and thanks to the 360° hinge, you can also use this laptop in tablet or tent mode, which is perfect for watching movies on the bed for example. Not only that, but the Inspiron 7786 also packs a lot of power thanks to the i7 processor: you can also use this MX150 laptop for more demanding tasks, such as video editing or even light gaming. 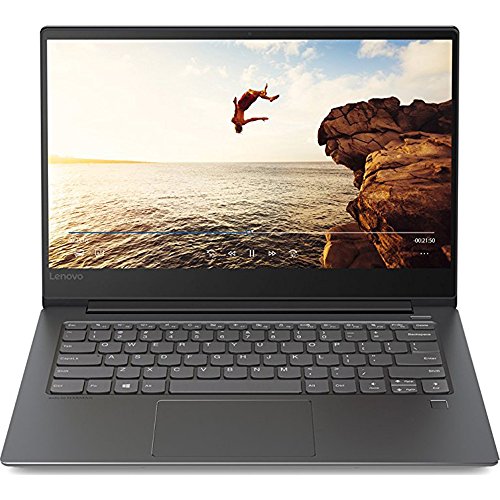 The Lenovo Ideapad 530S is a 14” black laptop, offering a great screen resolution of 2560×1440 for a slightly higher price. It’s packed with an 8th generation Intel Core i7 processor, 8GB of RAM, a 256 solid state drive and a dedicated Nvidia GeForce MX150 for playing a few medium ranged games and tackling intensive photo and video editing tasks.

With a weight of 3.5lbs, the Ideapad 530S offers great connectivity with two USB Type-C ports and a USB 3.0 port. It also features a fingerprint reader.

With its sleek design and the capability to be tilted up to 180°, the Ideapad 530S is an overall great quality laptop, being a great choice for portability thanks to its 8 hours of battery life.

For a slightly higher price, the VivoBook Pro offers an ergonomic backlit keyboard with a separate number pad, being a great choice to back you up in your daily work tasks as a designer.

The VivoBook Pro offers a durable battery with lightning-fast charging technology and comprehensive connections with a Type-C USB port among the others. It’s definitely a strong choice if you wish for a fast and powerful laptop. 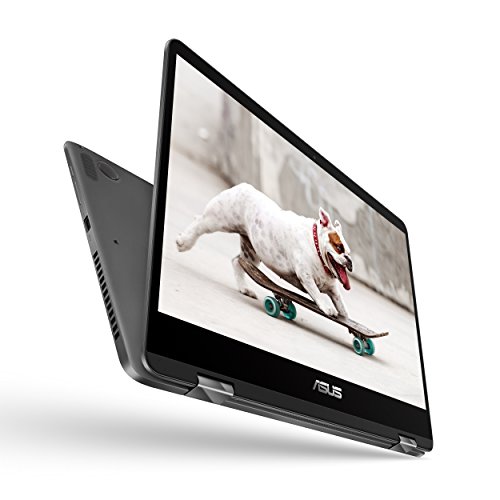 Just like the Dell inspiron, the ASUS ZenBook Flip UX461FN-DH74T is a great 2 in 1 MX 150 laptop that offers good value for money. This laptops comes with an 8th generation Intel core i7-8565U processor, 16GB of RAM, a 512GB SSD, and a Geforce MX150. The Zenbook Flip 14 is perfect for everyday productivity tasks, it’s very responsive and boots in seconds thanks to the PCIe SSD. And the MX150 dedicated card makes it possible to do tasks such as video editing, and casual gaming.

The Zenbook FLip 14 also comes in a stylish and premium looking aluminum body; the build quality feels very solid, and the 360° hinges that hold the screen look durable.  The chassis is only 0.5 inch thick, which is great is you need a laptop that you can carry around easily. Batteyr life is also good, with an average of 8 hours. 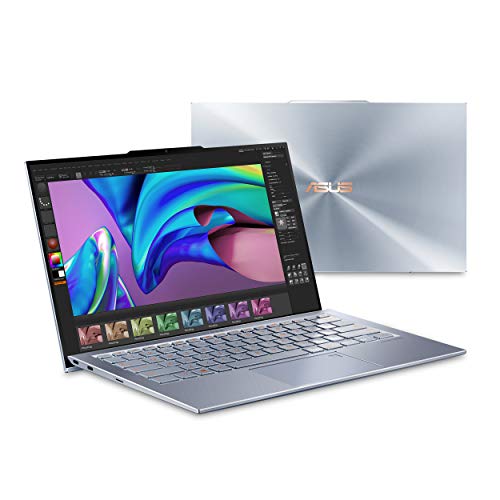 If you’re looking for an even more portable laptop with mx150, then consider the ASUS ZenBook S13 UX392FN-XS71. This ultra slim laptop is equipped with an i7-8565U processor, 8GB of RAM, a 512GB SSD, and a dedicated MX150. The ZenBook S13 UX392FN-XS71 also has one of the best screen to body ratio ever achieved on a laptop, at 97%. It was also featured in our ” laptops with thin bezels” list.

In terms of performance, the ZenBook S13 UX392FN-XS71 is very capable despite its slim 0.6″ profile. You can even play some games at medium settings. But the reason why you’de choose the S13 over any other laptop is probably is probably because how portable it is.

The S13 is designed for those looking for a highly portable laptop: with its fast-charge technology, you can recharge up to 60% capacity in just 49 minutes, so you can be up and running faster.  The battery can run last up to 15 hours. 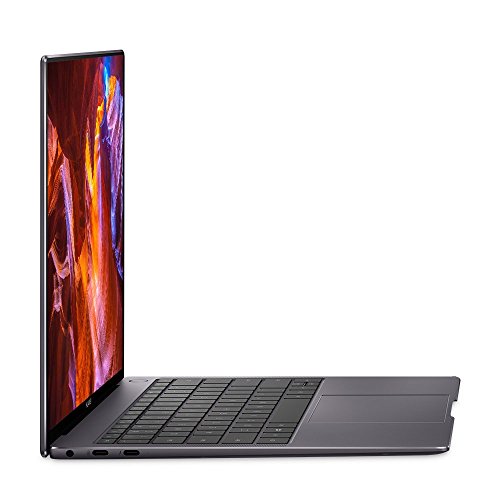 With its 91% screen-to-body ratio and 3:2 display,the Huawei MateBook X Pro,is another amazing choice if you’re looking for a laptop that you can easily carry around to work or school.  The MateBook X pro features an 8th generation Intel Core i7 processor, 16 GB of RAM and a 512 GB SSD. It’s also packed with the entry-level Nvidia GeForce MX150 dedicated graphics card.

This beautiful ultrabook is 0.57 inches thin and weighs only 2.93 lbs, all while offering the best in terms of processing power. The display has a 3:2 ratio which is arguably better for scrolling through your documents.

The one touch power button is guaranteed to let you start up your computer and login through Windows Hello in just 8 seconds. Also, it offers the latest connectivity options with one USB Type-C port. You just couldn’t wish for more in an ultrabook! 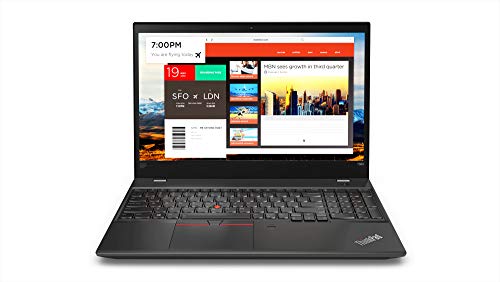 Last but not the least, we have the Lenovo Thinkpad T580. Thinkpad have always been designed for business users, and they either came with integrated graphics, or with high end NVIDIA Quadro chips. Well, for those who were looking for something in between, there where very little options. But the Thinkpad T580 that is featured here will change that for you.

This laptop comes with an 8th generation Intel Quad Core i7-8650U , 32GB of RAM, a 1TB NVMe SSD, and a dedicated Nvidia MX 150 card. The T580 offers a consistent performance, whether you’re doing your daily productivity tasks or more demanding ones such as photo or video editing. And the fact that this laptop comes with 32GB of RAM makes it a perfect fit if you run multiple applications simultaneously.

Michael K. Varnum - August 3, 2019
0
When it comes to buying a laptop for DJing, you should pick one that won't let you down during a live gig. But with...