A TrackPoint, pointing stick, style pointer, or nub, all these refer to the controls system with a small joystick located in the space separating G, H, and B keys on a keyboard. Introduced to the market in 1992, this mouse technology is designed to substitute touchpad and a classic computer mouse on laptops. It consists of an often distinguishingly colored controller and three buttons below the keyboard. If you’re a fan of trackpoints, and looking for a laptop that has one, keep reading. We have  compiled a list of some of the best laptops with Track point for you.

What is a Track point?

The joystick also called a nipple, is usually red and of the size of a pencil eraser. It is used to control the movement direction and speed of a cursor. In most TrackPoint systems, there are eight directions available with speed depending on the pressure the user exerts on it. The user, if needed, can set the pressure-speed relation. The right and left buttons play their traditional roles. Meanwhile, holding the middle button and controlling the nipple at the same time is responsible for scrolling. This can also be set manually to switch control on the middle button only.

TrackPoint’s joystick has three main configurations. The first one is a classic dome-like button without any distinct features. The second option is a soft dome. It provides a more delicate touch in comparison with a classic button because of a textile placed on its convex tip. The third joystick variant is a soft rim. This one offers a motion advantage as less pressure needs to be applied to move the cursor.

What are the Advantages of using a TrackPoint?

TrackPoint is still in demand among the users who prefer physical controllers to sensor touchpads. It may not be the best hardware to use to work with designing software as it provides less accuracy. It is, however, different from a classic joystick or computer mouse as it does not require additional space and ports to work. Moreover, many users find it easier to manipulate precisely in shaky conditions, which gives it an advantage over touchpads while on the road.

Additionally, Track Point’s design offers an opportunity to type and scroll with fewer hand movements involved than its competitors do. The user does not need to put hands off the keyboard to use the cursor at all. This makes typing and working with documents faster and more comfortable for professionals whose work requires large amounts of paperwork or programming.

Despite that, TrackPoint technology is not new to the market, some modern laptops still have, especially Thinkpads. And if you’re looking mainly looking for a laptop for word processing and browsing, you should know that Thinkpads have some of the best laptop keyboards ever.

So, now that you have an idea about trackpoints, let’s check out some fo the best laptops with Trackpoint we selected for you: 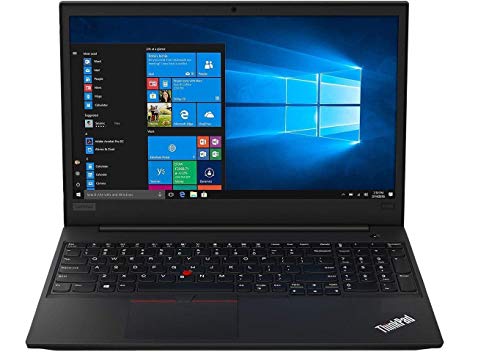 First on our list, we have the Lenovo Thickpad E590, and affordable business laptop. This laptop comes with a traditional dome joystick and an innovative three-button clickpad with enhanced sensitivity. The notebook has 15.6 inches Full HD screen with 1366×768 pixels maximum resolution.

Featured as a business laptop, it has the Whiskey Lake Intel Core i5 processor with 8 GB RAM,  a 256 GB SSD and comes with integrated Intel UHD Graphics 620. All these features enhance the productivity and make the laptop suitable for running most graphical software, with which the touchpad will be of service.

Having a 3-cell Lithium-Ion battery, the laptop can work for over 9 hours on a single charge. 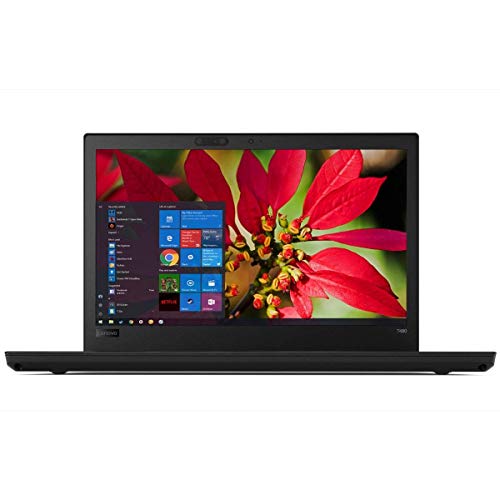 For those of you searching for a more premium laptop, here is the T480.  This new Lenovo T series laptop has both a TrackPoint and touchpad, just like the previous one. It has a smaller HD display of 14 inches with a maximum resolution of 1920×1080 pixels. However, the screen features a new generation Anti-Glare LED backlight technology that enhances the contrast and color scheme configurations.

The laptop has 16GB RAM and 4-cores Intel Quad Core i5 processor with a MaxTurbo system that boosts its speed up to 3.4 GHz. The in-built SSD hard drive has a capacity of 256 GB.

It has integrated Intel UHD Graphics 620. What differentiates it in terms of connectivity is a 4-in-1 Thunderbolt 3 system and an additional USB Type-C port.

Unlike many other laptops in the category, this one offers two included Lithium-Ion batteries of 24 WHr each. 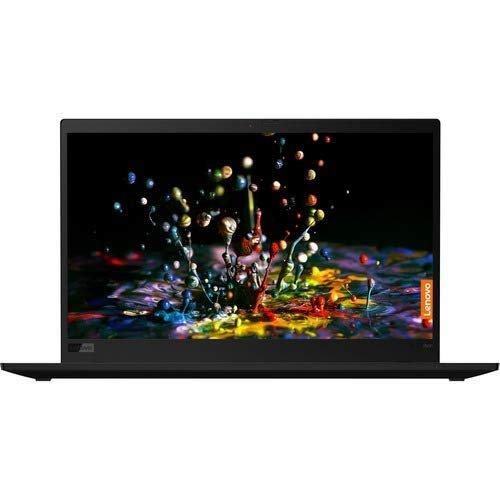 The 7th generation Lenovo Ultrabook has one of the best keyboards in its class. Convenient and sensitive, both touchpad and TrackPoint work fast and respond precisely to users’ gestures, so there is no need to take your hands off the keyboard and a soft, comfortable deck. It has a 14 inches Full HD display with bright color schemes and 1920 x 1080 pixels resolution.

Among other essential features, the laptop has the 8th generation Intel Core i7 processor with 16 GB RAM. In this configuration, it also has a 512 GB SSD hard drive. It comes with Integrated Intel UHD Graphics 620.

With these capacities, the notebook can run the necessary software for work without visible problems. It has an excellent connective range as well, providing two Thunderbolt 3, a USB 3.1, HDMI, and Ethernet ports.

The laptop showed a long enough single charge runtime of over 9 hours on the users’ tests. Generally, it is a powerful notebook with a sensitive touchpad and quickly responding TrackPoint for its price. 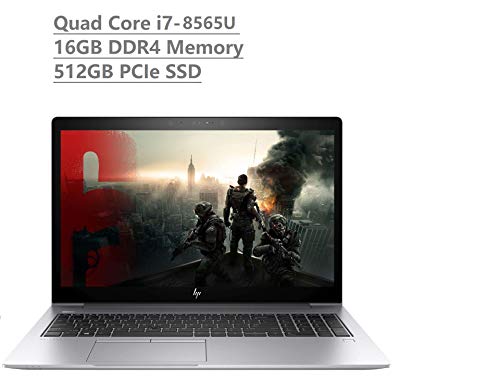 The HP EliteBook 850 G6 is one of the rare laptops with Track point that isn’t a Thinkpad. This business laptop also has a Premium backlit keyboard and both touchpad and TrackPoint. However, the keyboard does not have a side numeric keypad, but it can be connected to the device separately. Unlike Lenovo’s notebooks, its TrackPoint system does not have the middle button. This does not affect the speed and accuracy of the joystick.

The laptop has a 16 GB Intel Quad-Core i7 processor with a top speed of 1.8 GHz. It also features a 512 GB Solid State hard drive and integrated Intel UHD Graphics 620, just like the previous one by Lenovo. It has two USB 3.1, a Thunderbolt, HDMI, and RJ-45 ports, as well as an SD card reader.

The laptop has a 3-Cell 56WHr Lithium-Ion battery with an announced capacity of up to 15 hours of work on a single charge. 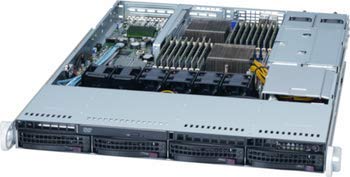 If you’re looking for a desktop replacement that’s capable of running demanding applications, and still offer a track point, here is the Thinkpad P73. This laptop has a17.3 inches Full HD screen, and as you might guess, it is the biggest, the most expensive, and the most powerful one on this list. It has a wide keyboard with traditional Lenovo’s curved-bottom keys, which provides additional comfort while typing. Similar to other models, this one features both TrackPoint and touchpad controls.

Presented as a mobile workstation, this notebook has the 9th generation Intel Core i7 processor with a maximum speed of 2.6 GHz and 16 GB RAM. Besides that, it has 6 GB NVIDIA Quadro RTX 3000 that, in general sense has an advantage over the previous ones while running graphical software. The laptop features a 512 GB Solid State hard drive, as well. These factors make it capable of processing large amounts of data without sensible delays and bugs. It provides the needed capacity to run heavier software for 3D design and video editing. Among other features, it comes with two Thunderbolt 3, one HDMI 2.0 ports, and a 4-in-1 card reader.

With the cost of more than 2000 thousand dollars, this laptop is perfect for any remote work as it has a single charge runtime of up to 10 hours.

Best Laptops for Storing Photos and Pictures: Top 5 Laptops selected for you!