It’s hard to not get trapped into stereotypes when talking about senior citizens and technology. Let’s just say that most of them don’t do well with technology, in general, and things get even more complicated when it comes down to computers. If you’ve ever talked on the phone with your mom for a whole hour, trying to get her to fix a Windows pop-up, you’ll get what I’m talking about. This is why most senior users prefer using simple devices such as tablets to browse the web and maybe use email. Tablets are a good fit for seniors because they provide an easy to use interface, and they are relatively cheap. And with the growing popularity of Chromebooks, it turns out they are a great option if you would like to introduce a parent or a grand parent to technology.

What is a Chromebook and how is it different from a regular laptop?

Chromebooks are very affordable, with prices starting as low as $150. They are also available in different screen formats ranging from 11 to 15 inches. Because of their limits in terms of software and hardware, Chromebooks are very secure machines, which explains why they are popular in schools and as a laptop for kids.

For writers and bloggers who like to work remotely, a Chromebook can be perfect fit. Chromebooks are fast, have an amazing battery life, and a lot of them come with great keyboards.

On the other hand, I’ve seen a lot of people bash Chromebooks and call them useless…etc, while Chromebooks were not meant for them in the first place.  If you spend most of your time online only use your laptop for emails, browsing, and typing, then a Chromebook will be just fine for what you want to do. On the other hand, if you need to use a specific windows program, or if you are used to a windows computer, then there are better options for you.

The table below lists the main differences between traditional windows laptops/Macs and Chromebooks:

Are Chromebooks good for seniors?

The short answer is Yes, and there are plenty of reasons for that. Chromebooks are such a minimalistic and stripped-down version of a traditional operating system, they come as a blessing for people who need the least amount of distraction while browsing or tackling casual tasks. It doesn’t make sense to invest hundreds of dollars for a machine that’s going to be used by 10%, so the lower price range of a Chromebook is a good enough number one reason to me. If you’re not convinced, let’s dig more deeply into that.

So, now that you have an idea about Chromebooks and why they might be a perfect fit for an older user, here are some of the best chromebooks for seniors available right now. 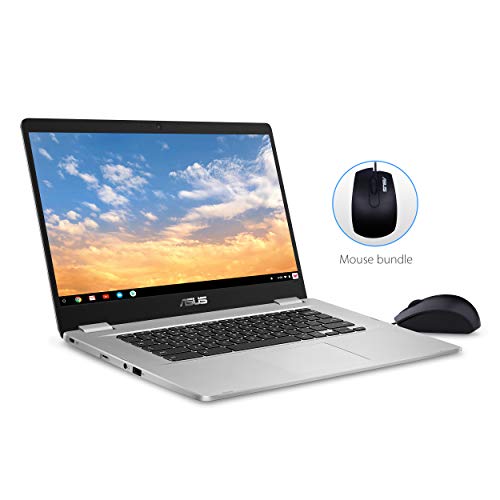 The ASUS Chromebook C523NA-IH24T is one of the cheapest Chromebooks available in the market. It features a 15.6” HD display with thin bezels and a 180 degrees hinge. This laptop is packed with an Intel Dual Core Celeron processor, 4 GB of RAM, and a 32 GB SSD. If you ever see the need to upgrade the storage, there’s a microSD slot.

The C523NA-IH24T is a basic take of what a Chromebook can do: browsing, Google apps and Android apps through the Play store. The display is large enough for an elderly to look at. With light usage, the battery lasts up to 10 hours on a single charge. Then, you’ll get an easy connection to the latest smartphones through the two USB Type-C ports. This is such an easy purchase for a parent! 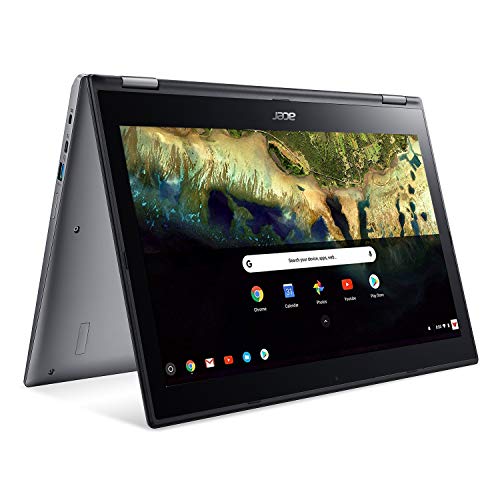 The Spin 15 is one of the best chromebooks for seniors out there that you can gift to a parent or grand parent, especially if they love watching movies, browsing or reading, this laptop is a convertible, and can be used either as a regular laptop or a tablet or in tent mode. Thanks to the touchscreen functionality, using Android apps will be as easy as on a typical smartphone or tablet. Interestingly enough, this device lasts up to 13 hours on average use and offers two USB Type-C ports as well. Videoconferencing will be pleasing with the Full HD front camera!

The HP Chromebook x360 is more of a professional looking Chromebook, featuring a 14” Full HD and touchscreen display. Like other competitors, it can be bent into different modes, including the tent one for comfortably watching movies. This device is packed with an 8th generation Intel Core i3 processor, 8 GB of RAM and a 64 GB SSD.

One of the main thing why this is one of the best chromebooks for seniors, is because the X360 doesn’t feel like a cheap laptop at all, in fact, it’s better than a lot of more expensive laptops out there. The Chromebook x360 offers a good-looking design and plenty of power to run more demanding applications, and the occasional installed software; and it is also one of the few Chromebooks with a backlit keyboard!

The Lenovo Yoga C630 is a more premium take on the convertible Chromebook design. It’s a 15.6” Full HD and touchscreen laptop, featuring an 8th generation Intel Core i5 processor, 8 GB of RAM and a 128 GB SSD. If you feel like you’re better off saving docs offline, there’s a 128 GB microSD card with it. It should also be noted that the Yoga C630 is one of the few Chromebooks with 8GB RAM.

An Intel Core i5 processor and 8 GB of RAM are a lot for your typical Chromebook. This means that with the Yoga C630 you’ll be able to tackle more advanced tasks, and even installing a Linux operating system to get to use software that’s not native to the Google environment. The build quality is also superior compared to many cheaper chromebooks out there. But the only thing that the C630 lacks is a backlit keyboard, which is a shame considering the price. If this feature is important for you, you can also check our list of Chromebooks with backlit keyboard here.

As most other Chromebooks, this device comes with two USB Type-C ports and can last a whole ten hours on a single charge. 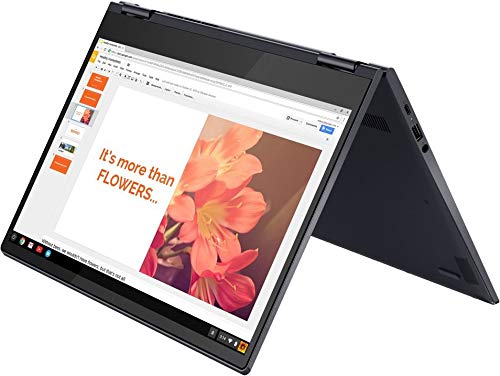 While most older users will love a large view on their laptop, a smaller screen means that they can easily carry the device along, more like a tablet with added functionality. And the display is actually one of the reasons why the Samsung Chromebook Plus V2 XE520QAB-K03US is a good Chromebook for seniors. This Chromebook has a 12.2 inch Full HD dispkay, with an aspect ratio of 16:10, which neither too small nor too big, and the aspect ratio is actually great for using Android Apps (whihc this CHromebook is capable of running). The Plus V2 also features an Intel Celeron processor, 4 GB of RAM and a 64 GB SSD.

The Plus V2 offers a lot of different user experiences, thanks to the dual camera, front and world-facing, and the built-in pen for sketching and taking notes at ease. That’s a neat way to get an elderly into an eco-friendlier lifestyle, as they can easily fit the Samsung Chromebook in any bag and take notes on a whim. Is that more to ask at this price range?